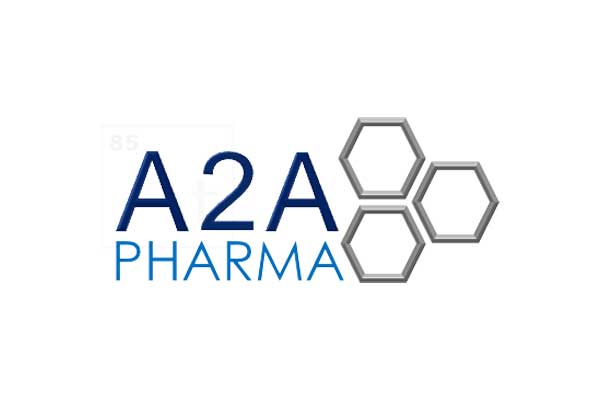 Posted at 20:21h in News by blake@hangoutcreative.com

FRANKFORT, Ky. (May 17, 2022) – Today, Gov. Andy Beshear announced A2A Pharmaceutical Network, a pharmaceutical manufacturing, wholesale and technology organization, will expand its operations with a new headquarters facility in Scottsville, investing a combined $1.7 million-plus and creating 27 full-time jobs for residents in the community.

“Kentucky is the ideal location for companies looking to expand their operations to reach their customers more efficiently,” said Gov. Beshear. “Our economic momentum is showing no signs of slowing down, and that is a testament to our location, resources and workforce. The A2A Pharmaceutical Network is a quality organization bringing its primary business operations to the commonwealth, and I look forward to supporting their continued success.”

The environmentally conscious, state-of-the-art facility will locate in the Allen Springs Industrial Park in Scottsville. The new location will include increased operations and workforce as well as support to the company’s warehousing and distribution capabilities, with a centralized distribution process and platform. This will be A2A’s second manufacturing location in Kentucky, with an existing facility in southern Kentucky, and will serve as the company’s new headquarters, relocating from Nashville, Tennessee.

“It’s been said that the journey of 1,000 miles begins with one step, and we hope to take that next step as we move forward in locating the A2A Pharmaceutical Network and their job opportunities in Scottsville,” said Rondal Turner, president and CEO of A2A. “We wish to thank Team Kentucky, the Cabinet for Economic Development, Corky Peek, Johnny Hobdy, IDA director and board of Allen County, and the elected officials of Allen County for their assistance in making this happen.”

The A2A Pharmaceuticals Network strategically provides manufacturing, distribution, logistics and technology in the form of procurement and acquisition support, supply chain management, and contract and program management services to a variety of industries, including the U.S. Federal Government Health Systems and niche commercial markets. The organization recognizes the industry need for a variety of flexible, evolving health care services, and the owners maintain a diligent focus on continuous improvement while maintaining quality of service and operational synergy. A2A was awarded several U.S. Federal Contracts earlier this year to provide these critical health care products and services.

A2A Pharmaceutical Network’s planned investment adds to a thriving logistics and distribution sector in the commonwealth. In 2021, companies within the sector announced more than 1,000 full-time, Kentucky-resident jobs across more than 30 facility expansion and new-location projects with $181.7 million in private-sector investment in the commonwealth.

Allen County Judge/Executive Dennis Harper shared his excitement and appreciation for A2A’s commitment to the community.

“I would like to welcome A2A Pharmaceuticals to Allen County,” Judge/Executive Harper said. “New job creators are very important for everyone’s economy. Thank you for choosing Allen County. I look forward to a long, fruitful, corporate relationship.”

Scottsville Mayor David Burch shared his sentiments on the expansion, noting his optimism in growing the economy of the community.

“The City of Scottsville is excited about A2A Pharmaceuticals locating in the Allen Springs Industrial Park and looking forward to a partnership that brings jobs and growth to our community,” said Mayor Burch. “I’d like to thank Judge/Executive Dennis Harper for his continued partnership of working with the City of Scottsville in bringing opportunities to Allen County.”

Jordan Clarke, board chairman of the Allen County Industrial Development Authority, is optimistic about the partnership between the company and community.

“The Industrial Development Authority is thrilled to welcome the A2A Pharmaceutical Network to Allen Springs Industrial Park,” said Clarke. “The city and county have been instrumental in helping get the park ready to bring in new jobs and we know A2A will be a terrific community partner.”

A2A Pharmaceuticals’ investment and planned job creation furthers recent economic momentum in the commonwealth, as the state builds back stronger from the effects of the pandemic.

In 2021, the commonwealth shattered every economic development record in the books. Private-sector new-location and expansion announcements included a record $11.2 billion in total planned investment and commitments to create a record 18,000-plus full-time jobs across the coming years. Kentucky’s average incentivized hourly wage for projects statewide in 2021 was $24 before benefits, a 9.4% increase over the previous year.

In recent months, the Beshear administration announced the two largest economic development projects in state history. In September, Gov. Beshear and leaders from Ford Motor Co. and SK Innovation celebrated a transformative $5.8 billion investment that will create 5,000 jobs in Hardin County. And in April, the Governor was joined by leadership at Envision AESC to announce a $2 billion investment that will create 2,000 jobs in Warren County. These announcements solidify Kentucky as the EV battery production capital of the United States.

The economic momentum has carried strongly into 2022, with both S&P Global Ratings and Fitch Ratings upgrading Kentucky’s financial outlook to positive in recognition of the commonwealth’s surging economy.

For April 2022, the State Budget Director reported the highest-ever monthly General Fund receipts of $1.84 billion. That is up 34.9% over last April’s collections, bringing Kentucky’s year-to-date growth rate to 16.4%.

And Site Selection magazine placed Kentucky at 6th in its annual Prosperity Cup rankings for 2022, which recognizes state-level economic success based on capital investments. In addition, two of the commonwealth’s most significant recent projects – Ford Motor Co. and SK Innovation’s BlueOvalSK battery park in Hardin County and the recently opened Amazon Air Hub in Boone County – ranked third and 11th, respectively, among the Top Deals in North America for 2021, based on capital expenditures and job creation.

To encourage investment and job growth in the community, the Kentucky Economic Development Finance Authority (KEDFA) in April preliminarily approved 10-year incentive agreements with the company under the Kentucky Business Investment program. The performance-based agreements can provide up to a combined $275,000 in tax incentives based on the company’s investments of more than $1.7 million.

By meeting its annual targets over the agreement term, the company can be eligible to keep a portion of the new tax revenue it generates. The company may claim eligible incentives against its income tax liability and/or wage assessments.

For more information on the A2A Pharmaceutical Network, visit a2apharmgov.com.

A detailed community profile for Allen County can be viewed here.

Information on Kentucky’s economic development efforts and programs is available at CED.ky.gov. Fans of the Cabinet for Economic Development can also join the discussion at facebook.com/CEDkygov, on Twitter @CEDkygov, Instagram @CEDkygov and LinkedIn.